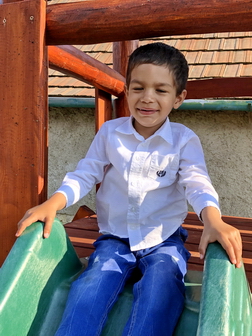 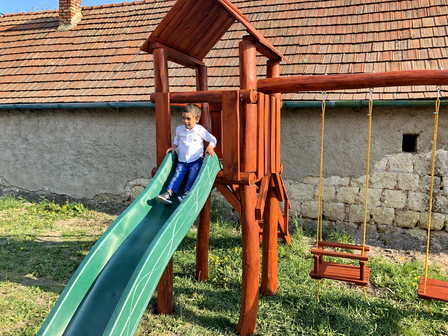 Ricardo and his family live in a nice house in Maklár with a big garden. The little boy doesn’t have any brothers or sisters, he is an only child. He spends a lot of time playing in the garden and he really wanted a little playground for himself as he is not allowed to got to public playgrounds.

He asked for a nice playground with a slide, 2 swings, climbing wall and a tiny house in it from Magic Lamp Foundation. He got really surprised when a big car arrived at his house with some pieces of wood and toys on top. Ricardo Immediately wanted to help assamble the playground When it finally got ready, he enjoyed it so much he didn’t want to leave the swing. He said even goodbye while he was sliding down on his new slide...

It has been a long time ago since we have seen such a big smile on his face... 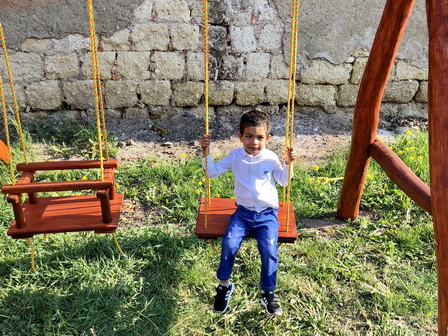 Many thanks for the support of Liferay Hungary Kft. for helping us realising Racardo's dream!